What makes it unique:
• This is a simulator. No survival-coated game mechanics and that's it. The world is connected and reactive. What you do, and how you do it, matters.
• Pure survival in nature. No zombies. No terror. You wouldn't believe how hard and how much there is to surviving in nature alone.
• Real life reasoning. Instead of thinking in game mechanics, you think on what you would do in such situation in real life. Simulation will take it from there.
• Scenario diversity. Whether you always dreamed of surviving in a tropical island, the cold mountains or desert, there is a location with it's own resources, topography, climate conditions and events, handcrafted just for you.
• Goal diversity. Each scenario comes with it's own goals, or none. Survive for as long as you can? Check. Reach where no one else dares? Check. Make it out alive to the rescue crew? Check.

Energy, Body Temperature and Hydration
• Stay alive and healthy with proper Energy management, Body Temperature preservation and Rehydration. Survive by trapping, fishing, gathering, collecting, crafting and exploring, and by even more ways if you are creative enough.
• Simulation recreates a true model of nature
• From full weather cycle, body temperature, air dissipation, fire combustion, heat, photons, Unveil runs the deepest simulation of nature ever created. The details of it are even more impressive. In example:
• Sweating, bathing or rain, will moist your skin, enabling dissipation to occur, cooling your body off, relative to ambient temperature, wind speed and humidity.
• A campfire in a closed environment raises ambient temperature.
• An open container, put under the rain, can collect rain water.

Crafting
• Crafting isn't the focus of the game, however it is required to build some essential components to survive, or recycle existing items:
• Build your own tools with whatever you can find, as there is more than one way to make each, with different quality results.
• Make various weareables, which can protect you from rain, ambient humidity, wind speed, sun rays, or keep your body temperature higher.
• Be creative and find new uses to items that look obsolete. It's what survival is about.
• Cook at fire to make certain food edible, or get special benefits from them.
• Build traps to capture wildlife.
• Erect small bridges, or drop down a vine to climb back up, wherever it makes sense to open your way through the wild farther than you should.

v30.09.2015:
• Added Packages support to Unveil, allowing external content to be injected into the game.
• New! Additional Ambient music for all climatic situations.
• Speech bubbles: New centered design to allow almost twice as much text when needed.
• Thought bubble: New! Made specially for Storytelling for modders. Now a thought bubble can be used for secondary thoughts or alternate characters.
• Roots Scenario: Complete revision based on user feedback. The scenario should be more straightforward, preventing non intended failures, teaching better water level changes, and making it more clear on the possible ways out of the forest.
• Fixed issue that would allow discontinued items to be obtained from digging.
• Removed some discontinued Scenarios.
• Fixed UI bug that would cause the game to crash while Fishing.
• Free Roam Scenario: Added Rabbits closer to a starting location that is otherwise virtually impossible to survive on.
• Fixed issue on which trees hit by a lighting and then harvested, would blink on and off.
• Fixed issue that could cause the Campfire to emit a huge, square light. This lightning module is so buggy T_T. Hopefully it is finally stable.
• Now the correct Tileset according to water level will load immediately when switching from or to a cave, ensuring each display their water-bound terrain properties accordingly.
• Performance: Added proper cleanup for unused Audio Mixers that would pile up indefinitely. This could be the main cause of performance issues for some users. Awaiting feedback.
• Black screens: Applied patch that should allow users who deactivated Steam Overlay to turn it back on without issues. Awaiting feedback.
• Added Unveil Terminal executable for easier live Modding logging.
Если вы являетесь правообладателем данного материала и вы против размещения информации о данном материале, либо ссылок на него - ознакомьтесь с нашей информацией для правообладателей и присылайте нам письмо. Если Вы против размещения данного материала - администрация с радостью пойдет Вам на встречу!

I hope it's a joke

Репутация
15
Only ex-load?
I hope it's a joke 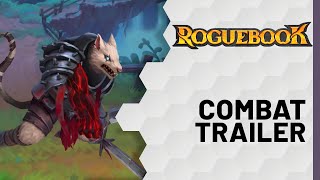