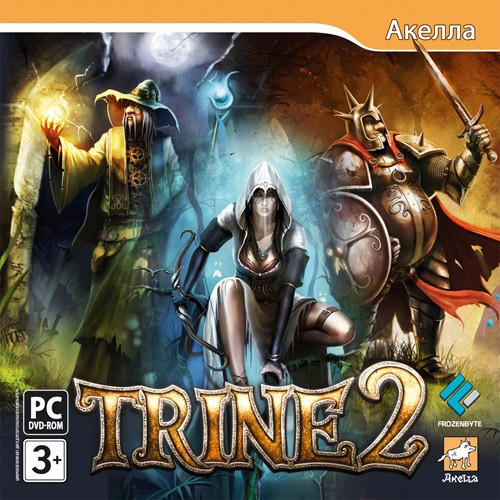 
Trine 2 is a sidescrolling game of action, puzzles and platforming where you play as one of Three Heroes who make their way through dangers untold in a fantastical fairytale world.

v1.11 - January 11, 2012
Major changes:
- The Final Chapter (end boss) now restarts properly (boss health) upon Game Over on Medium and Hard difficulties
- Private Game password support in multiplayer
- private lobby with no password is visible to Friends only
- private lobby with a password is visible to everyone but only joinable with the correct password

Multiplayer:
- added text about wanting to change characters in multiplayer
- fixed characters being changed in a multiplayer game upon Game Over
- fixed player slot count being incorrect in the server list when players are connected but not spawned

Mac:
- fixed Mac fonts during cutscenes
- fixed some black planes (not all) that appear on some Macs

Multiplayer:
- fixed listing of full games in the server list