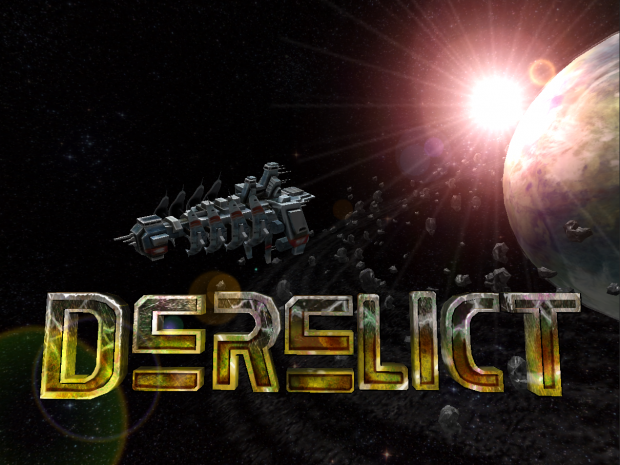 Alpha 2.5:
On a personal note, things just didnt go as expected...
I just needed a little while to figure out what the next step was. Now, I feel motivated and energized, ready to finish this game!

Hopefully everyone on IndieDB will get to see this article and voice their thoughts and hopefully encouragement for us to push through the final stretch.

Thank you for your patience!

I would also like to say again that we hope to release on PC and MAC if the somewhat far future. It is still made for the iPad, and runs rather well. We need to keep renewing our Apple licenses and get those builds out. But things are progressing rather well.

There is lots to do and I feel like Im only getting started,
don't count us out quite yet!

Alpha 1.5:
Derelict Pre Alpha v1.5 is here! Its new! Its awesome! Derelict Demo Alpha V1.5. In Derelict, control a squad of soldiers to take back a space ship from an alien infestation. Derelict is a squad based RTS with a mobile defence strategy in mind. The goal of the game is to get your soldiers from one side of the map to the other; from one airlock to the next. There you rest, refuel, and reload

Lots has been changed, lots has been done! Theres still lots left to do!
The new control prompts help new players. The UI has been reworked to be more streamlined
Plus some of the models have been reworked. Tell us what you think! I hope that this demo is more accessible and everyone enjoys checking it out!

Alpha 1.3:
There's a lot of tweaks to the older game, either in art or design. Theres also a fair bit done with updating the unity engine and getting everything to run smooth, if not smoother.
Tonnes of work programming wise, but I won’t get too into that. Lets just say, we are working on something really cool for you!

We are working on having a demo to release soon after this news is posted. It will include the mentioned new art, levels, working turrets, bullet trails and more.

For fun I have added a few more levels to the demo for everyone. The green ones are pretty easy. I think one is even called, “Pretty easy” But they should offer a wider range of things for the player to do. That is, without extra coding
If I added too many levels they would all feel the same. Currently I think they’re all different enough and should really challenge the player.

When I’m not doing art, I’m doing design and playing the levels. Each level needs to be tweaked every so often. Either the level shape itself, or the little set pieces that appear as you play each part of the level. This is completely different from how the levels look, its more like, how the level plays.
For example, some parts of the level are good with certain guns. This selection by the player should be rewarded, and turn the tides of battle for the player and their soldiers. Its very rewarding to put the right guy in the right place and dominate the map.
It's a very organic process. Nothing is set in stone.

So that the levels seem less claustrophobic, I have made Double wide corridors. These corridors allow more than one soldier to face down the same corridor and provide that extra defence. This also breaks up how the levels look.
The double corridors need their own pathing system similar to the existing corridors. The bugs will still avoid theses corridors if theres heavy combat, and after every things done, works almost as well as the existing corridors. With no special coding
There are a few issues where the soldier won’t walk to the edges of the catwalks when commanded to, but it works about 90% and shouldn’t cause too much of an issue when previewing the demo

I have been reworking lots of things art wise. More than I can remember even. If you saw a crooked line, its been straightened. If you saw a blurred texture, its been sharpened. Something broken, its now fixed.
That is to say lots has been reworked, but its not all done. There is still lots left to do, and fix. With more art being added, The piles of work are constantly increasing.

bullet trails - as previewed in the videos we have added bullet trails to all the weapons. This will help the player know who is shooting who, and visually, its a lot cooler.

working on turrets - interactions within level, would sometimes mess with the doors being able to be locked when a turret is placed. This doesn't immediately cause problems, but it becomes an either or situation. And doesn't help with the appeal of the turrets, which currently are rarely used.
There has been some instances where the player takes a turret, because it's cool, and does not know how to deploy it. This limits the soldier carrying it to pistols only. If the soldier is supposed to have a mini gun, that's not cool.

With 23 days left to go on our IndieGoGo campaign, we are still aiming to reach our goals, though its going to be a challenge. This means we have to work EXTRA hard and get more stuff done and out for people to see.
We hope you like what you’ve seen, and maybe tweeted it or shared it on Facebook. Any help or publicity would be awesome, and greatly needed.

Alpha 1.2:
There are new levels and a lot has been improved. We are working on getting the lights looking right as well as making a whole lot more art pieces
Theres a new option for a secondary weapon! You can upgrade the pistol to an advanced revolver like pistol, and then to the SMG. Your soldiers will be able to carry turrets and use these weapons. They are also useful if you find running out of ammo a problem.

In Derelict, control a squad of soldiers to take back a space ship from an alien infestation.

Derelict is a squad based RTS with a mobile defence strategy in mind. The goal of the game is to get your soldiers from one side of the map to the other; from one airlock to the next. There you rest, refuel, and reload.

Derelict is being Developed for iPAD, PC and Android. We are a few years into the project and are just starting to wrap everything up.

In Derelict, you command a team of highly trained soldiers. Your mission: to reclaim a space ship lost to an alien race called the Dross. The Dross are very territorial and like their new home.

Storm the ship, locate and recover the command center, and return power to the ship! Kill anything that gets in your way! You must reclaim the Derelict! 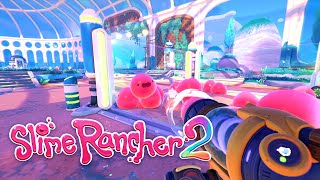