Some changes to the gameplay:
• Dodge and item inputs have been moved from the offbeats to the main beats.
• 4 new moves have been added: Sword Counter, Shield Counter, Heavy Attack, Shield Bash.
• The cooldowns are visible on the UI, looks kind of ugly atm, but it will get improved in the future.
• The "counter" moves are preformed with either an attack, or a block input on the OFFBEAT after a block.
• The heavy attack is preformed by looking at a stunned enemy.
• Shield bashing is preformed by dodging forward and blocking at the same time. This move, along with the shield counter, will stun enemies.

Dealing damage is now a little bit more random with potential for both higher and lower damage output.
Enemies have gotten some changes to their hp, the bar is a bit smaller, and most enemies hp have been increased a bit to compensate for the player being able to do more damage.

• 3 new Traps have been added and might spawn in rooms.
• Dart traps fire darts every 4 beats.(they turn red the beat before).
• Spike traps are activated once stepped on, and will launch from the ground the next beat (stay on the lookout for weird looking floors).
• Buff stones provide boosts to any enemies within their area, (health, damage, defense, speed) and once all enemies in the room have been defeated you can spend some gold to get stat boosts for yourself!
• Both the spike and the dart trap will also damage enemies caught in them.

Most sprites are now affected by lighting. Looks fancy, that's all.

Player animations have been changed and added to boost some feedback.

The bossfight is pending some reworking and is unfortunately broken at this point, so you wont get to kill any big spiders in the version ):

With these new changes however, the foundation for more unique enemy and dungeon designs is done, and it'll be easier to implement more stuff in the future.
Look forward to new areas, bosses, enemies and weapons!

I unfortunately won't be able to spend as much time on this project in the coming months, but all feedback and criticism will still be gladly accepted and I will do my best to fix any issues or add any suggestions as fast as possible!

Have fun in the dungeon! :D

Buried Past Melodies is rhythm dungeon crawler with a unique retro look. You venture into tombs and caves to retrieve the holy melody that will rid the world of monsters. On your journey you will encounter many foes who will do everything in their might to stop you. Will you be victorious? 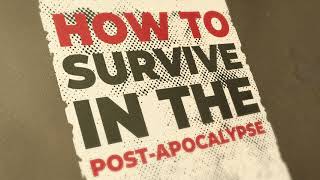