The Issue
• Dash mechanic was broken when the new walk mechanic was added to v1.9.8. It would play the dash animation, but no dash action happened.

Major Update 4
Well this has been an exciting summer for Steel Gear. Version 1.9.7 beta was very popular. Downloads were through the roof! It got some press coverage as well. (Links to the articles are posted at the bottom of the blog) Due to the large amount of players, I was able to get a significant amount of feedback. Which was exactly what I've been looking for since the start of early access. It's nice to see some interest arising, and getting some players thoughts. The Steel Gear community is growing! Keep the bug finds and suggestions coming! I appreciate every bit of feedback I get! So thank you to all who reached out! Cheers! Now for the nitty gritty on the latest version (1.9.8 beta).....

The Nitty Gritty
First thing.....GREAT NEWS!! The bug that has plagued development since basically the very start, is SQUASHED! I was getting a CTD when setting weapons and ammo to be picked up on a player overlap. Now that is fixed! All weapons and ammo now pickup on a player overlap with no issue. This also holds true for picking up equipment items, using the EMP emitter, and rescuing hostages as well. No more pressing the "F" key for any type of action. So since this is fixed, the problem with the player having to re-pickup weapons after a respawn no longer occurs. After a respawn, the weapons stay with the player. YAY!

For the next major fix, I added a whole new awareness system. This was a suggestion from a player who did a play though. I thought it was a great idea. I tried out a few different systems before deciding on the one that's now in place. To explain, the player now has access to a small enemy hearing meter at the bottom of the main HUD. It shows a color code when close to an enemy. When it's green, the player is out of hearing range. When it's yellow the player is still out of hearing range, but getting close to being heard. When it's red, the player is in the "Danger Zone" and will be heard, and alert the enemy if getting any closer. The second part of the awareness system involves the crouch mechanic. Now when the player crouches, the enemy hearing meter will expand to reveal "Sneak Mode". In sneak mode enemy hearing is drastically reduced(sight is the same). The newly expanded sneak mode meter shows the enemies new hearing radius. When it's orange the player is "Silent" and can't be heard(but can still be seen). When the meter is red the player is in the "Danger Zone" and WILL be heard. Besides the meter showing hearing awareness while in sneak mode(crouched), there is also onscreen visuals for all enemies. While crouched, a vision cone, and a "Danger Zone" hearing radius circle will appear on all nearby enemies. I know some players probably wanted the vision cones just on the mini map. I tried it! But it didn't take much testing to see that it was too distracting to look at the map to the see vision cones. It wasn't going to work out. Also the enemies have such a large vision distance that the cone's took over the mini map when there was more than 2 enemies on screen, so it was hard to see what was going on. The way I have the system set up now works well I think. It really changes gameplay.(For the better!)

There has been a bunch of other improvements I want to mention as well. A new walk mechanic has been added. Now the player can switch between running or walking by scrolling the mouse wheel up and down. This is great if you want to slowly go through areas without having to go into sneak mode. Also a new kick and stun mechanic has been added. Now when kicking an enemy, he'll be stunned for a moment, and won't be able to attack while stunned. The status of the stunned enemy will show in the hearing awareness meter. Also now when an enemy gets alerted, it will also show the alerted status in the hearing awareness meter.

I continued the overhaul of the transceiver. Now the Transceiver has 2 monitors on each side of the screen that shows the player and the NPC that called. Also added a speaker box at the top of the screen and a mic on the bottom right of the screen. The mic is animated, when making a call the mic button engages and a LED light flashes. It makes the Transceiver much more alive. I like it:)

I added something a little special. It really has nothing to do with the original. It's just something I added as a special touch. It's just meant for a slight distraction from the main game for a little laugh. Introducing: Arcade cabinets. "Spaced Invaders" in particular. It's a spoof of the the original. The gameplay is very embellished, and it's not very difficult. 10 levels plus a boss level. Tokens to play have been scattered throughout the game world. They are limited unique items, and don't respawn. Completing the game will earn you 5 tokens to continue playing whenever you want though. Try to beat your high score. Have a laugh:)

The last thing I'll mention before getting into the list of fixes, is the change I made to how secondary weapons work. With this new system, grenades, mines, and TNT now get equipped with Hotkeys 6,7, and 8. Once equipped, the middle mouse button is used to either throw a grenade, lay a mine, or light and set TNT. This is a drastic improvement over the old system where the hotkeys were used to use the items, and the middle mouse button was used strictly just for grenades.

Ok, now check out the full list of fixes, additions, and changes below. I really focused on tightening everything up. Fine tuning some things. Soon Steel Gear will be out of Early Access! It's all starting to come together nicely:)

FIXES
• Fixed weapons having to be re-picked up after a respawn.
• Fixed spelling error in cheat code for giving the player the Notepad. (Updated the Cheatcodes.txt file)
• Fixed alerted enemies still chasing the player after a respawn.
• Fixed player being damaged by enemies while in a doorway to transition to another area.
• Fixed player blocker in building 2 near the main entrance. (It now blocks the player from jumping over the barrels and a sewage tank)
• Fixed player not respawning with full health after ranking up.
• Fixed all door messages. (They'll now disappear after 3 seconds on screen or if the player leaves the trigger box before 3 seconds is up)
• Fixed Windowed Mode. (Added a title bar so the window can be grabbed and resized easier)
• Fixed being able to spam TNT. (It can now only be placed every 1.5 seconds)
• Fixed flashlight not unequipping after a respawn.
• Fixed guards that ignore the player when wearing the uniform. (When killed and respawned, they will now still ignore the player when wearing the uniform)
• Also fixed the more than 3 guards spawning at building entrance bug. (At the need uniform entrance)
• Fixed "!" showing up late when killing an enemy with a one hit kill. It shouldn't show up at all now.
• Fixed collision on barrels and boxes in North east POW room in building 2.
• Fixed being able to partially see minimap indicator icons before picking up the binoculars.
• Fixed bug in menu screens when playing in aspect ratio 21:9. Tool tip widgets now will not show on screen and cover the Close button.
• Fixed a spelling error in the briefing screen.

ADDITIONS
• Added stun effect to enemy soldiers. After they get kicked by the player, a "Stars" effect will show above them and they will be stunned and unable to attack for 2 seconds.
• Added a minimap indicator icon to the Scorpion King Mini boss.
• Added new minimap indicator icons for dogs and scorpions.
• Added a 2 second recovery time to the player after taking damage. (The player will not take damage during these 2 seconds)
• Added a kick sound effect for kicking an enemy soldier.
• Added and "UGH!" sound effect to soldiers that get stunned from a kick.
• Added equip sounds to Hotbar when selecting a weapon or secondary weapon.
• Added sound effect for reloading.
• Added snore sound to sleepy enemy at the start of the game.
• Added vibration animation effect and sound effect to pickups that can't be picked up. If the players inventory is full the item won't be picked up and the vibration animation will play.
• Re-Added UE4 64-bit pre-requisites installer. This was removed from earlier versions to reduce download size. Since the removal, users have reported black screen when starting the game, and the game not running. Installing the UE4 pre-requisites prior to launching the game should fix this problem. PLEASE NOTE: If not prompted to install pre-requisites when you first execute the game and still getting black screen, please install the setup manually. In the Steel Gear game files find the UE4 pre-requisite setup here: SteelGear/Engine/Extras/Redist/en-us folder.
• Added new AI behavior for soldiers and dogs. Now if the player attacks an enemy and another enemy is within a close radius they will be alerted, and join the battle.
• Added a microphone graphic to the Transceiver screen.
• Added a speaker graphic to the Transceiver screen.
• Added Portraits/Screen Monitors of NPC characters to the transceiver screen.
• Added Portrait/Screen Monitor of the player to the Transceiver screen.
• Added an enemy "Hearing Meter" for better awareness. When approaching an enemy(not crouched) a color meter at the bottom of the screen will show safe, yield, or danger zone depending on the players distance from the enemy. (The hearing meter also shows enemy status. "Stunned", in "Danger" or "Alerted") PLEASE NOTE: The "Hearing Meter" intentionally does not work on scorpions, mini bosses or main bosses.
• Added a "Sneak Meter" for better awareness while crouching. While in this mode the "Hearing Meter" is expanded and shows the enemies vision cone, danger zone, and new hearing radius while sneaking. PLEASE NOTE: The "Sneak Meter" intentionally does not work on scorpions, mini bosses or main bosses.
• Added a walk mechanic. Now switch between running and walking with scrolling the mouse wheel up and down.
• Added secondary equipment slot to main HUD. When TNT, Grenades, or Mines are equipped they will show in the main HUD along with inventory counts.
• Added cheat code to change the player character to a female. (See SteelGear_CheatCodes.txt file)
• Added cheat code to change the player character back to a male. (See SteelGear_CheatCodes.txt file)
• Added "Spaced Invaders" arcade cabinets and tokens to play them.
• Added "Tokens" to equipment menu.
• Added "Tokens" to cheat codes. (See SteelGear_CheatCodes.txt file)

Steel Gear is a fan re-creation project. Re-imagined, and created in Unreal Engine 4. Designed from the ground up using scratch made, and professional grade assets from the Epic Games marketplace.

You are "Viper". A special agent sent north of Galzburg South Africa, to rescue a captured comrade. While on your mission, you are tasked to destroy the ultimate weapon, "The Steel Gear"! 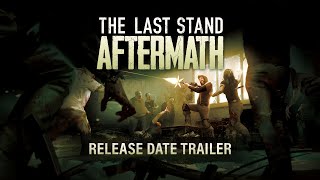