We'd like to thank both Zach Barth for inspiring us with Infiniminer, and Markus "Notch" Persson for creating Minecraft, for without either of which Blockade Runner would not exist!

Changes for W28:
- Added forced aspect ratio for fullscreen
- Improved items in interface now display transparently ontop of each other
- Improved damage to entities results in considerably less slowdown
- Fixed changing lighting settings resetting audio options
- Fixed audio settings are properly saved in .xml
- Fixed entities would display "perfect mass balance" and then switch back to "real"
- Fixed not having original entities in the entities folder would result in crash
- Fixed remote control options would appear outside of the tab menu
- Fixed sometimes weapons would fire backwards
- Fixed destroying last block in an entity would cause game to crash
- Fixed visor should appear in 3D for GeForce 7 users
- Fixed reset galaxy would move entities too close together
- Fixed could control remote while in menu
- Fixed Z axis (up/down) ships would only fire downwards
- Fixed very large ships wouldn't load

Forced Aspect Ratio
If you use a resolution with an aspect ratio other than 1.777, there will now be black bars on the top and bottom of the screen. This helps a ton to make sure UI elements can stay in the same place regardless of the resolution.

Improved Damage Redraw Time
In W23-W26 there was considerable lag when you fired lasers at entities. As long as you keep your sound effects set to "off" (there's some other issue going on with sounds right now), you should notice considerably less lag when firing at entities. There's still a bit of a slowdown due to the particle effects themselves, but atleast the damage from the entities is no longer an issue!

Improved Interface Backend
Preparing for new UI elements up ahead, the visor code has been reworked so that alpha will properly draw overtop of other interface items. The visor should also now appear 3D correctly for GeForce 7 users!

New Blocks
Supporters will notice two new blocks, "Stellar Moss" and "Plasma Conduits". Regretfully neither do much for now, but they're fun to play with! 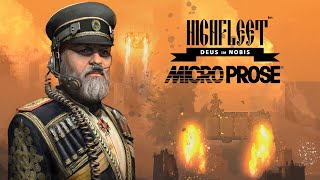