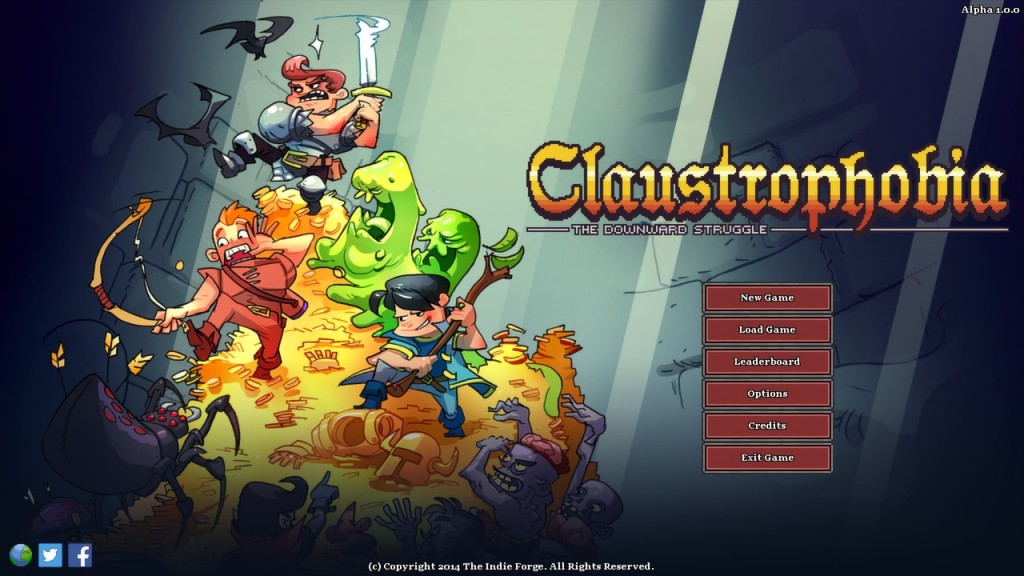 
Claustrophobia: The Downward Struggle is an RPG roguelike, with a retro graphic style and a terrible sense of humour. The game takes place in a series of ever descending randomly generated dungeon floors, packed full of monsters to slaughter and loot to pillage. The game plays like a traditional roguelike, but with a clean UI, a slick, action orientated combat system, and a massive range of enemy types, gear and room designs.