v0.1.5a
Bug Fixes and New Content
Here's a quick rundown of the major bug fixes:
Fixed planet structures not showing up on the GUI making it difficult to tell what structures were built and impossible for the player to delete
Fixed issue where if a player was quick enough they could build infinite planet structures and break/crash the game
Fixed issue where the player's queued items on the planet would not clear after loosing the planet. This would allow starbases or structures to still appear on the planet after loosing it
Fixed repair bay only reaching half of the gravity well

v0.1.4a
The Sun
New suns have been added in and will randomly generate with the rest of the solar system. They change the lighting of the level and look way cooler than before! The sun will also now damage you when you fly into it so be careful! Here are what the new suns look like:

New Bigger Scale!
The general scale of the game has been expanded. The solar systems that generate are now double in size and so are the planets. The starbases and ships have remained the same size but their ranges and speeds have scaled up. Ships now have more usable range in general and frigates have been made much more useful!

There are some smaller adjustments and other bug fixes so the game should work a little better now. Hosting is still sometimes difficult and we still highly recommend you forward your ports if you're going to host a match! (5127 and 5130 tcp and udp)

v0.1.3a
FEATURES
- Missiles now obey sight and radar restrictions like all other objects
- Radar icons added for missiles now that they follow sight/radar restrictions
- Planet building slots now show on all planets not just ones player owns
- When zoomed out far enough all units turn to radar icons
- Playable on Mac computers
- Can now destroy Starbase expansions and planet structures to build new ones
- Ships now have priority targeting to target the largest threat within weapons range

v0.1.2a
FEATURES
- Added warning system when planets and starbases are being attacked
- Added total income to your credit display

StarLust is a space-based RTS that features ships you build yourself! Build and customize your own fleet and fight in randomly generated solar systems. 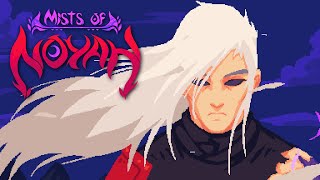