Grabbing and vanquishing enemies
• Reworked and expanded the enemy grabbing system to be more integrated with combat
• The enemy must be under 50% hp, small in size to have the chance to gain a red outline and be gradable
• Grabbed enemies will be slain with a quick animation, this will also heal the player for a small amount
• Will grant HP based on your current hp
• Enemy health drops were reduced and this is intended to be a more active way to turn enemies into health when you are low.
• Holding down the interact button when grabbing will throw that enemy to the target you are pointing to and destroy it
• Added new animations for grabbing/throwing

Many attacks have been worked over for timing, flow and animation
• Spin attacks can now be held and charged for a more powerful version
• Light attacks now trigger on button Up to allow for charging
• Spin attacks now have left/right animation variation
• Reworked most every combat animation with timing and connections to better flow from one attack to another
• A number of animations have been touched up

Worm boss reworked
• Reworked a number of parts of this fight to make it more fast paced and active for the player.
• Arena is now smaller
• Boss pattern adjusted to include moving across the ground
• Added waves of enemies when boss goes into stationary mode
• All movement is faster, does not breach as high
• Parts now visibly break off of the boss as it gets shorter

Tweaks
• Updated the project from Unity 2018.4 to 2019.3
• Turned on incremental gc to help with with frame drops during unity garbage collection
• A number of new sounds have been added for player attacks and enemy movement/attacks
• Adjusted particle effects of enemy attack warnings to be more visible
• Reduced color saturation on enemy debris to not clutter and hide living ones
• Reduced input pause time after heavy attacks to allow them to be chained quicker in combat and be more useful
• Added prompts for when trying to pickup health armor or ammo when at maximum
• Updated enemy shatter effect to use a pooling, single particle based solution to prevent inconsistent performance with enemy slaying.
• Added a custom mouse cursor for the game
• Added visual effects to the enemy bite attack
• Added a more visible mouth to spitter enemies and updated their animations
• Adjusted jump power to be a little weaker for the first jump and more even for the double jump
• Ditched the default unity trailer renderer for a better weapon trail that is more crisp and clean
• Touched up animations and timing for light attack chain
• Re-animated heavy attacks and re timed
• Third in heavy chain is now a heavy swipe
• Changed combat rating to damage taken to make it clearer for now
• Added extra gravity to enemies falling to better match the player
• Adjusted enemy spawn locations in the arenas to not appear out of nowhere, enemies will now jump in from the sides or other more logical positions
• Reduced enemy health drops considering the new finisher health gain feature
• Updated animator to more consistently work with the jump+light attack combo
• Dodging movement is now speed dependent and control is given to turn mid roll
• Removed pause time after dodging. The built in timer should be more than enough to prevent spamming and let combat play smoother from move to move. It seems silly this was still there.
• Pressing attack buttons during a doge will now trigger that attack as soon as possible
• Pressing attack when sword is sheathed will draw and swing as soon as possible.
• Dodging or moving after stopping during the eat animation no longer drops it
• Animation blending adjusted for attacks and fixed some non-responsive frames and smooth out transitions between and after attacks
• You no longer kick bombs like a soccer ball and easily blow yourself up
• Made small craters much flatter, the concave collisions were causing far too many issues for players in motion around the spawners
• Remove all Instantiates from the project and now use pooling for all recurring objects to help stabilize performance and memory. The enemy spawners are the only ones not yet to utilize this but they will likely be reworked.
• Camera will no longer wrest control from the player if you are trying to move the camera during a triggered change
• Removed mouse scroll wheel weapon switching, now moved to number keys to select different weapon 1= throwing knives 2= bombs
• Various minor level adjustments

Fixes
• Fixed an error that caused the worm boss to get visually stuck and glitchy on low framerates. Each section should now move correctly regardless of hardware limitations
• Fixed the boss health meter to better follow how much health it has left
• Fixed an error where the worms hp could be damaged through its next stage and soft locked.
• Reworked enemy debris system to fix chunks bouncing oddly
• Fixed an error where grabbing enemies quickly could not actually grab them
• Fixed spamming start game button
• Fixed some parts of the GUI not scaling with lower screen resolutions
• Made some adjustments to hard camera limits when pushing into objects
• Fixed some errors with the monster arenas
• Fixed an issue causing inconsistent attack chaining
• Adjusted player Rigidbody to reduce mild jitters with physics steps
• Fixed a number of animator script inefficiencies
• Fixed enemies getting stuck in a spinning animation when jumping up/down from ledges
• Mouse cursor now invisible and frozen while in gameplay
• Fixed enemies snapping back to the ground when thrown and not damaged
• Fixed eat interactions prompts not appearing and ranged weapon getting stuck after going through the boss doors
• Touched up Worm boss script to be lighter on its calculations to help with some bad performance seen by some.
• Fixed targeting arc not always showing up for bomb throwing
• Fixed an error that made all enemies you throw shatter instead of being thrown at another enemy
• Fixed dagger hit effect being super loud and not falling off

Hounds of Valor is a character action game starring a sword wielding dog battling monsters in a single player adventure. The game-play utilizes fast paced combat in a fantasy world where dogs are the heroes.

Inspiration comes from the ps2 classics Okami and God of War.

I am calling this a Vertical Slice of the game, it has the near final visuals, base combat , level structure and a boss fight. I have remixed the first mission of the game to create a quick ~15 minute showcase of my work so far. The current build is missing some sound effects like enemy movement, some attacks and boss music.

Hounds of Valor is still in development and feedback is critical for refinement and evolution, all is welcome. I will continue to update this page as development progresses.

As a dog you have melee attacks like light, heavy and bash, each of these have different functions when held down, chained together or used mid air. Experiment as there are quite a lot of them in the game already! Psst, try holding heavy attack while at the apex of a double jump! 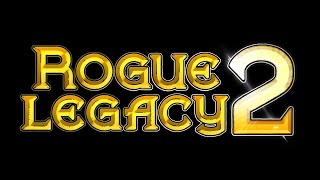